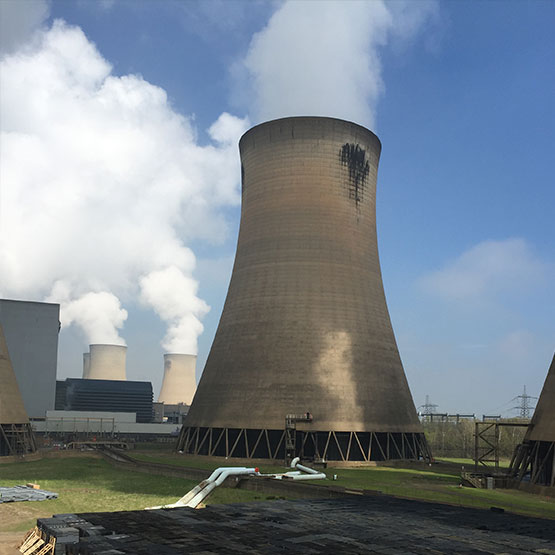 Different types of wet cooling towers for your industry

There are six types of wet cooling towers:

In wet cooling towers, cool air enters at the bottom of the structure and warm moist air is expelled at the top of the tower. These towers are available in two different designs: counterflow or crossflow.

Plume-abated fan assisted natural draft cooling towers (wet cooling towers) are the best solution for large heat loads and for use in areas where there are strict plume abatement requirements. They are ideal for use with seawater, where overall height may be limited, and in locations close to residential areas. This type of cooling tower does not create a visible plume. It also boasts several advantages over the cell type hybrid cooling tower: space-saving configurations; no recirculation of water and air; no interference effects; no plume grounding; use of natural drafts; no corrosion due to humidity and salinity; and the opportunity to create an architecturally interesting or visually appealing structure.

Induced draft cooling towers (wet cooling towers) are the most popular option. Hamon has assisted with the design and construction of more than 6000 induced draft cooling towers worldwide. These towers provide a high level of flexibility and cost-effectiveness. For example, operations can be tailored by shutting certain cells and opening others; the towers can be easily adapted to suit high thermal performance or any water flow; the materials are cost-effective, and all types of structures can be built using wood, FRP, concrete or steel depending on the company needs and local requirements. The heat exchange surfaces are also flexible, with the option to use splash grids or high-performance film depending on the situation and location. In induced draft cooling towers, the air flow is nearly constant, regardless of the ambient air temperature on site. Structures and projects can be built to reflect factors such as the local water and air quality, taking into account the chemicals, dust, etc. in the surrounding air, as well as noise and plume limitations, available site sizes, and local labor costs. There are several reasons why induced cooling or wet cooling towers are popular, including the flexibility of site options, materials, and ease of cleaning and maintenance, in addition to plume abatement.

Check out our other articles about Wet Cooling Towers: