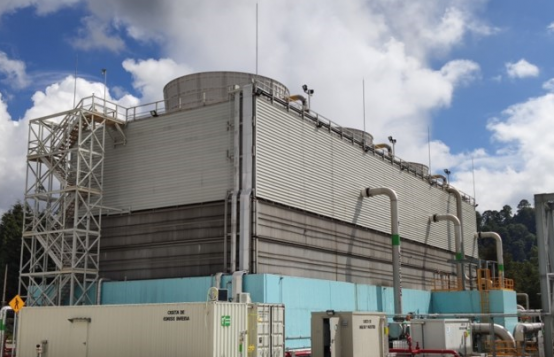 The HAMON Group, through its Spanish brand Esindus, was selected by TSK in 2016 to build CFE's cooling tower of Los Azufres III phase 2.
This 25 MW geothermal plant located in Michoacán México has been designed to produce a yearly average of 200 GWh. Steam is extracted from the geothermal field of Los Azufres with pits of 2,5 km depth. This three-cell cooling tower is the first one in geothermal service working with permanent magnet motors of 107kW.
Recently, in September 2020, the cooling tower has been tested by CFE with plant at full operation, showing a performance of 103,8%.
This new successful installation in Mexico positions the HAMON Group as a technological leader in cooling systems in Mexico.
This site uses cookies. By continuing to browse the site, you are agreeing to our use of cookies.
https://www.hamon.com/cookies/
OK
Find out more.